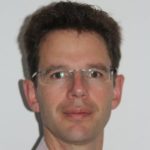 Dr. Richard Herveille is a veteran electronic design engineer with over 20 years experience in Field Programmable Gate Array (FPGA), Application Specific Integrated Circuit (ASIC) and Structured ASIC design. He has extensive knowledge of the Hardware Description Languages VHDL, Verilog, and SystemVerilog and verification methodologies such as OVL, OVM, and UVM.
He obtained a BsEE in Computer Architecture from Hogeschool Zuyd, graduating in 1996, and subsequently successfully defended a PHD thesis on System-on-Chip Architectures and Interconnects.
He was a founding member of the OpenCores group, a popular community group focused on the development of open source IP. As a member of OpenCores he designed a highly popular I2C Master, deployed in several chip designs achieving volumes over 100 million devices, in addition to VGA/LCD and SPI cores. He is also Steward of the open Wishbone System-on-Chip Bus architecture.
He has worked in a Design Engineering and Engineering Management capacity at a variety of international companies including Phillips, Easote, Flextronics Semiconductors and eASIC. He currently acts as a Worldwide consultant to semiconductor suppliers providing expertise in application engineering, IP development, customer training, and back-end services.
In 2014 he founded Roa Logic BV, an IP development company and founding member of the RISC-V Foundation, where he acts as General Manager and Chief Engineer. Under Roa Logic Richard has developed a fully parameterised 32/64 bit RISC-V compliant CPU core together with peripherals which include among others:
He has  also developed full debug capabilities and software support, including an Eclipse plugin currently in production use at a major semiconductor corporation.