UltraSoC, the leading developer of embedded analytics technology, today announced that it has developed processor trace support for products based on the open source RISC-V architecture. The company has developed a specification for processor trace that will be offered for adoption by the RISC-V Foundation as part of the open source specification. In addition, UltraSoC today becomes the first ecosystem participant to offer an implementation of this functionality.

Five core vendors have already announced their support for the new trace specification, which is a key function for software developers using any processor; its delivery is an important step forward in the development of the RISC-V ecosystem.

RISC-V is an open source instruction set architecture, initially developed by UC Berkeley but now being more widely adopted. UltraSoC is a member of the RISC-V Foundation, and plays an active role in growth of the surrounding development ecosystem. Processor trace functionality – which allows the behavior of a program to be viewed in detail, instruction-by-instruction – is a key must-have for software developers.

“RISC-V is a great architecture: but an architecture is not enough,” said Rupert Baines, UltraSoC CEO. “Customers need the whole ecosystem – an ecosystem that puts designers in control and empowers innovation. UltraSoC is aiming to play a major role in that with our debugging and development IP, and processor trace for RISC-V is a significant supporting pillar in that effort.”

UltraSoC is working with major RISC-V core vendors including Andes, Codasip, Roa Logic, SiFive and Syntacore, with the intention of submitting a proposed processor trace format to the RISC-V foundation later in 2017 as the basis of the open source standard implementation.

Charlie Hong-Men Su, Ph.D., CTO and Senior Vice President of R&D, Andes Technology, commented: “Our AndeStar™ V5 architecture, a superset of RISC-V, gets a lot of interest from customers due to Andes’ track record of 2-billion unit shipment served by rich product solutions and services as well as RISC-V’s growing ecosystem. Andes welcomes continuous strengthening of the latter such as the important announcement of a commercial processor trace functionality from UltraSoC.”

On behalf of Codasip, the company’s CEO, Karel Masarik, said: “As more of our customers adopt RISC-V, the need for a rich standardized ecosystem around deployment and debug is becoming a necessity. Getting these ecosystems in place is key to ensuring RISC-V becomes the first choice of development teams everywhere. We are excited to integrate the proposed trace standard into our broadly adopted Codix-Bk RISC-V processor IP and tools.”

“As the original inventors of the RISC-V ISA, we at SiFive have been delighted to see the rapid growth of the RISC-V ecosystem,” said Jack Kang, vice president of product and business development at SiFive. “We’ve made adoption of SiFive Coreplex IP straightforward and easy with our ‘study-evaluate-buy’ purchase process, and the addition of commercial processor trace support from UltraSoc will make RISC-V adoption even easier.”

Alexander Redkin, CEO, Syntacore, said: “We’re delighted to be working closely with UltraSoC to strengthen the RISC-V ecosystem. We believe that a strong, mature debug infrastructure is a key necessity in the success of RISC-V; the addition of commercial-grade RISC-V processor trace is a big step forward and we are happy to add this much sought after feature to our SCRx cores family offering.”

UltraSoC’s implementation of RISC-V processor trace functionality will be available in Q42017.

UltraSoC is an independent provider of SoC infrastructure that enables rapid development of embedded systems based on advanced SoC devices. The company is headquartered in Cambridge, United Kingdom. For more information visit www.ultrasoc.com

Founded in 2014, Roa Logic BV specialises in the development of Intellectual Property Cores for FPGA and ASIC, with a strong focus on the embedded market. We provide the IP required to build a complete embedded solution, including processors, peripherals, memory, and interfaces.

Roa Logic offers its IP for download from its GitHub page (github.com/RoaLogic). All IP can be tested and used for non-commercial applications for free. For support, modifications, and commercial usage a fee charged. This business model allows our customers to test our IP and develop and test their application before making any financial commitments. 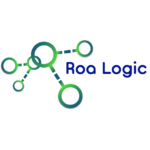 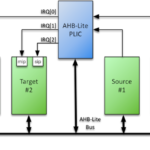